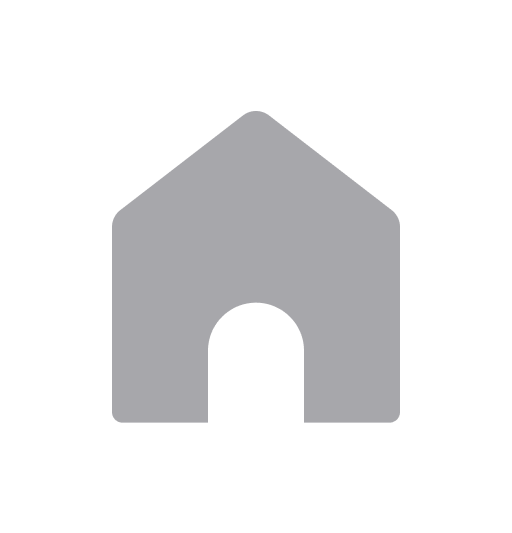 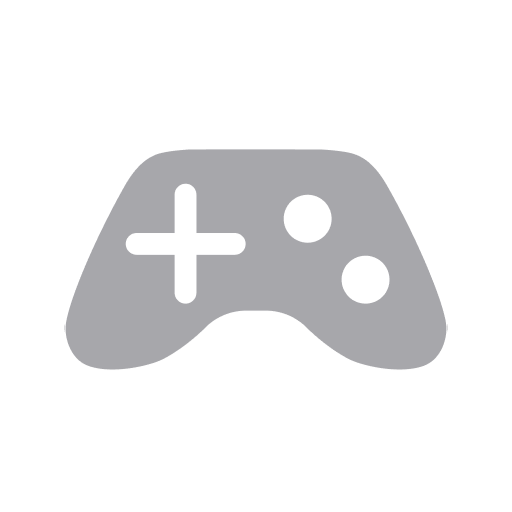 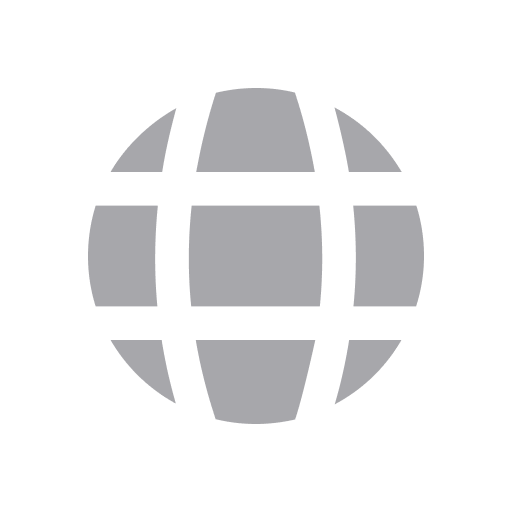 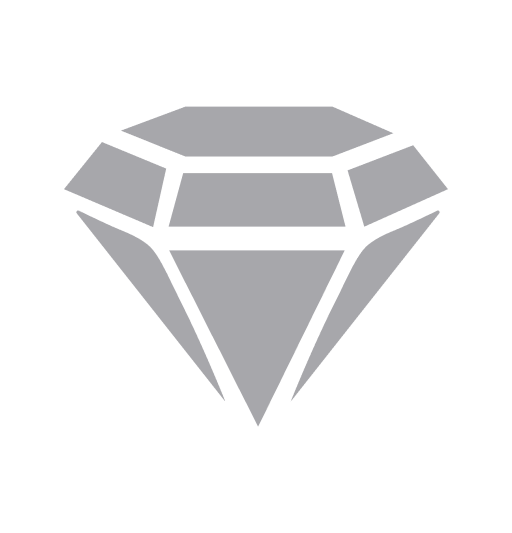 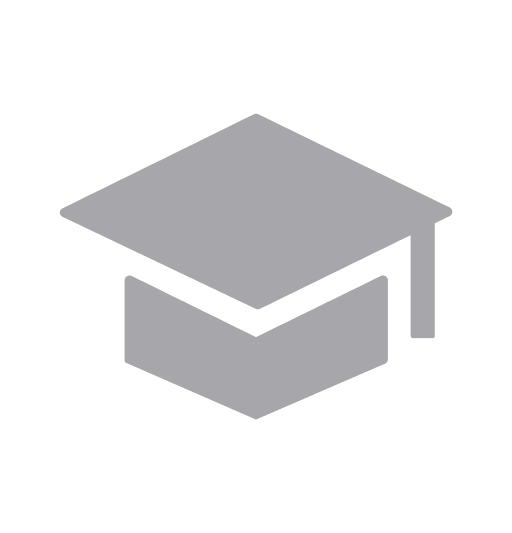 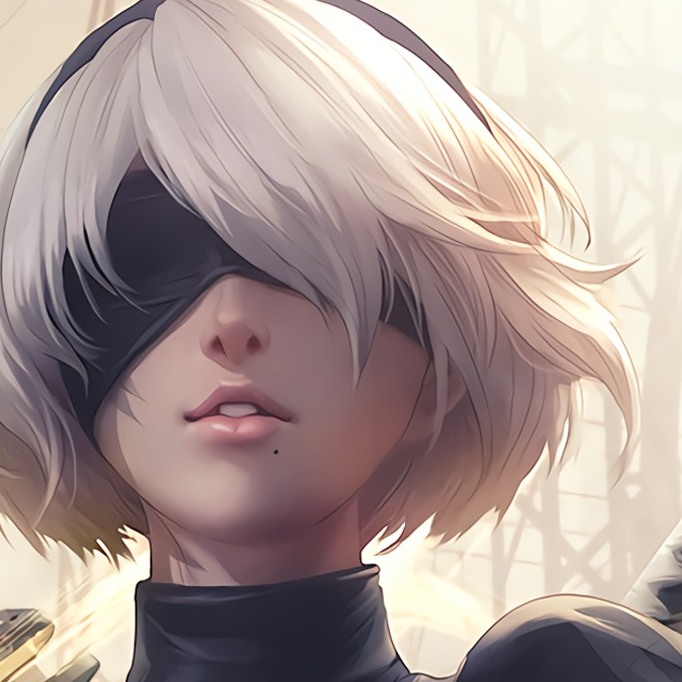 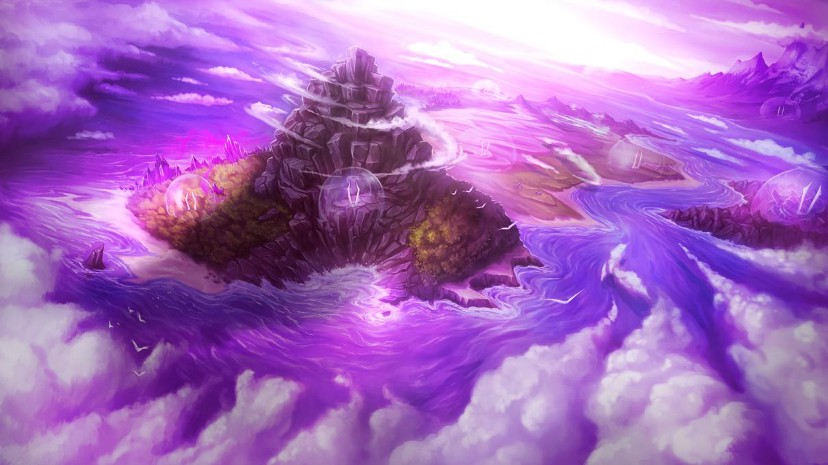 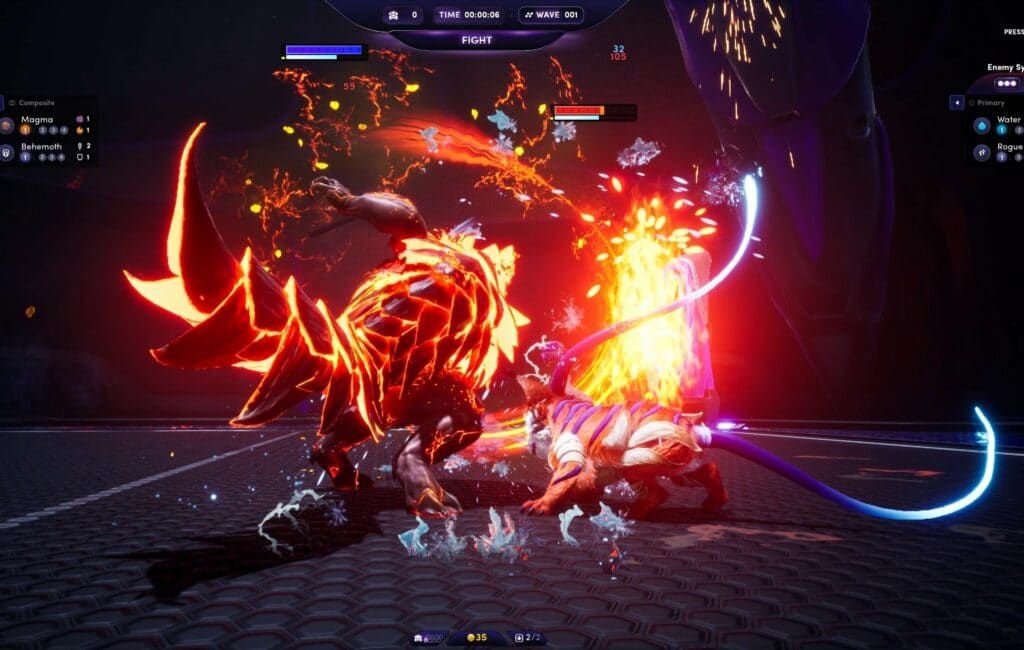 💡Assembling your Illuvial team is one of the most essential aspects of Illuvium’s gameplay. Battles can be made or broken by team synergy. Players must carefully and strategically select Illuvials to increase their chances of winning as the combinations of classes and affinities are hugely important when battling. So even if opponents have Illuvials with greater raw power, skill level matters. This helps to avoid a pay to win dynamic. 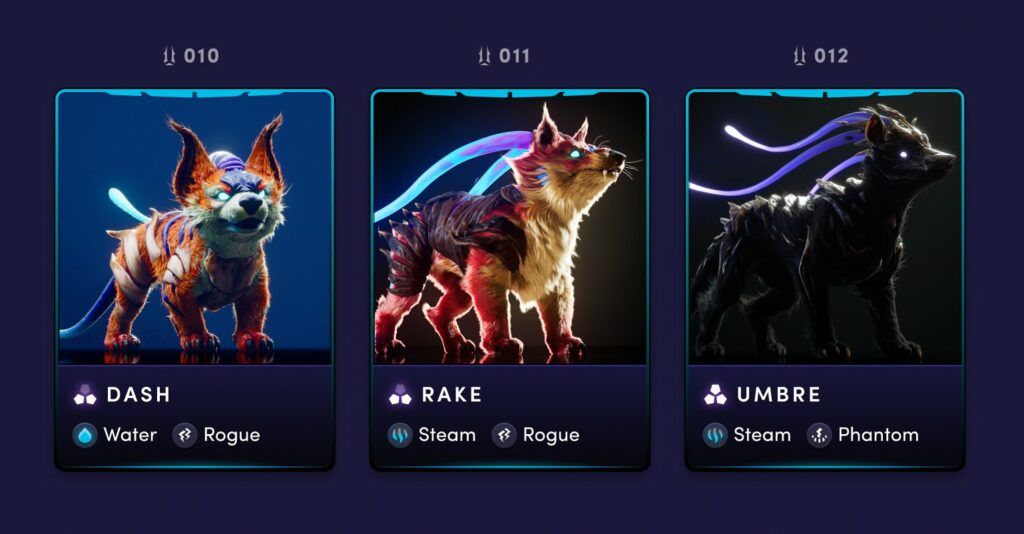 💡There are over 100 Illuvials with different classes and affinities in Illuvium, this gives players a lot of options in forming their team and to create new Illuvials with different attributes. Some Illuvials will match well together in battle while others may not. Team effectiveness also depends on the opponents’ Illuvials, which makes for interesting situations and matchups. At the moment, only 13 Illuvials have been introduced. More will be revealed in the near future. 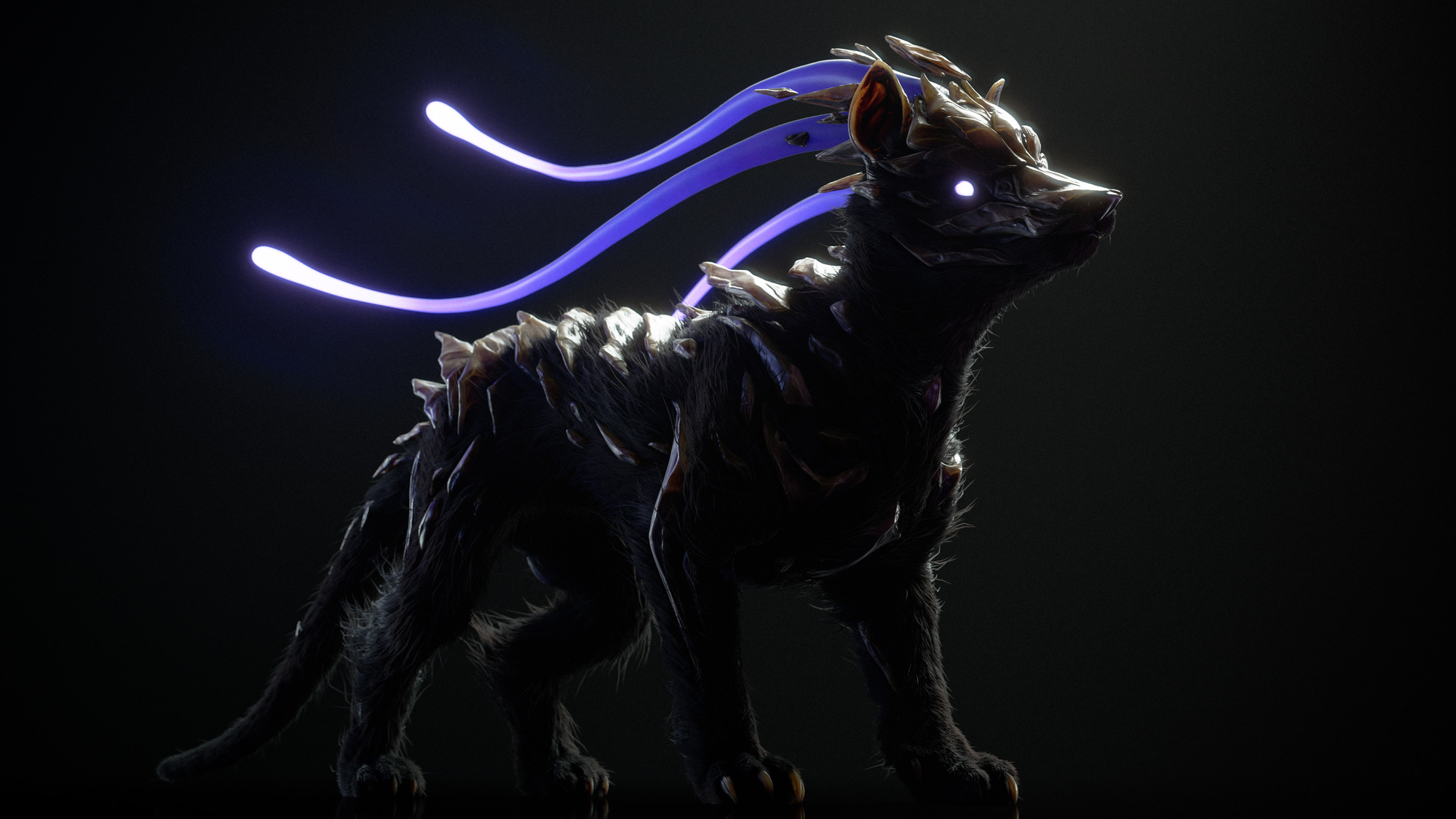 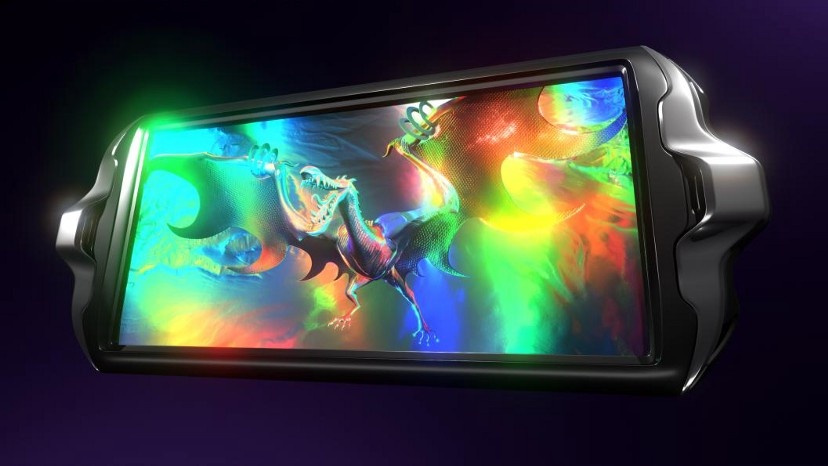 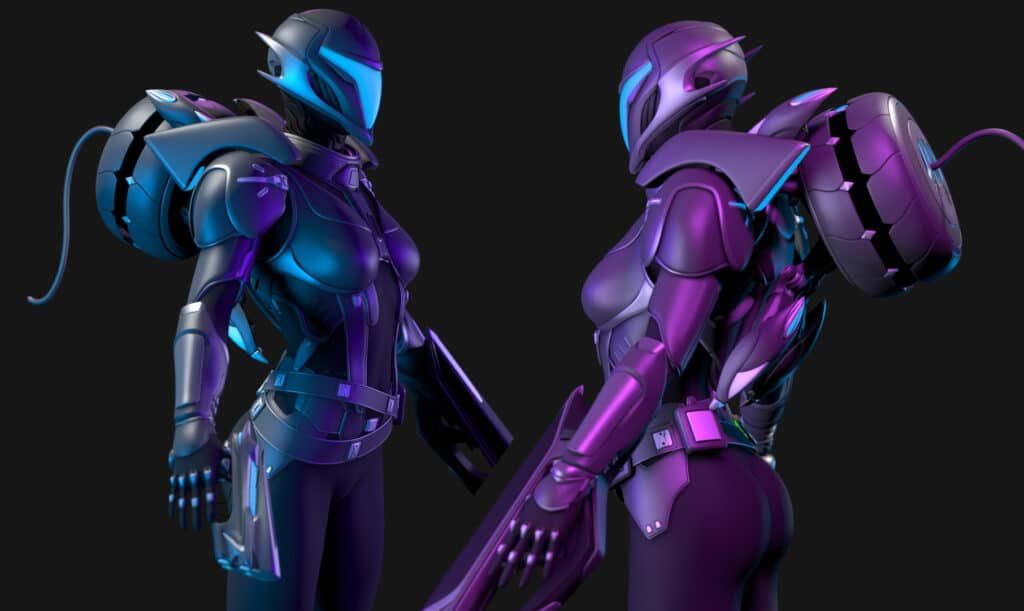 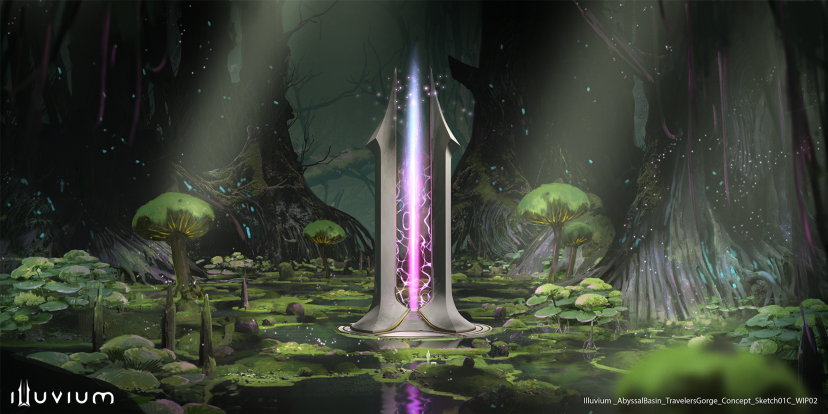 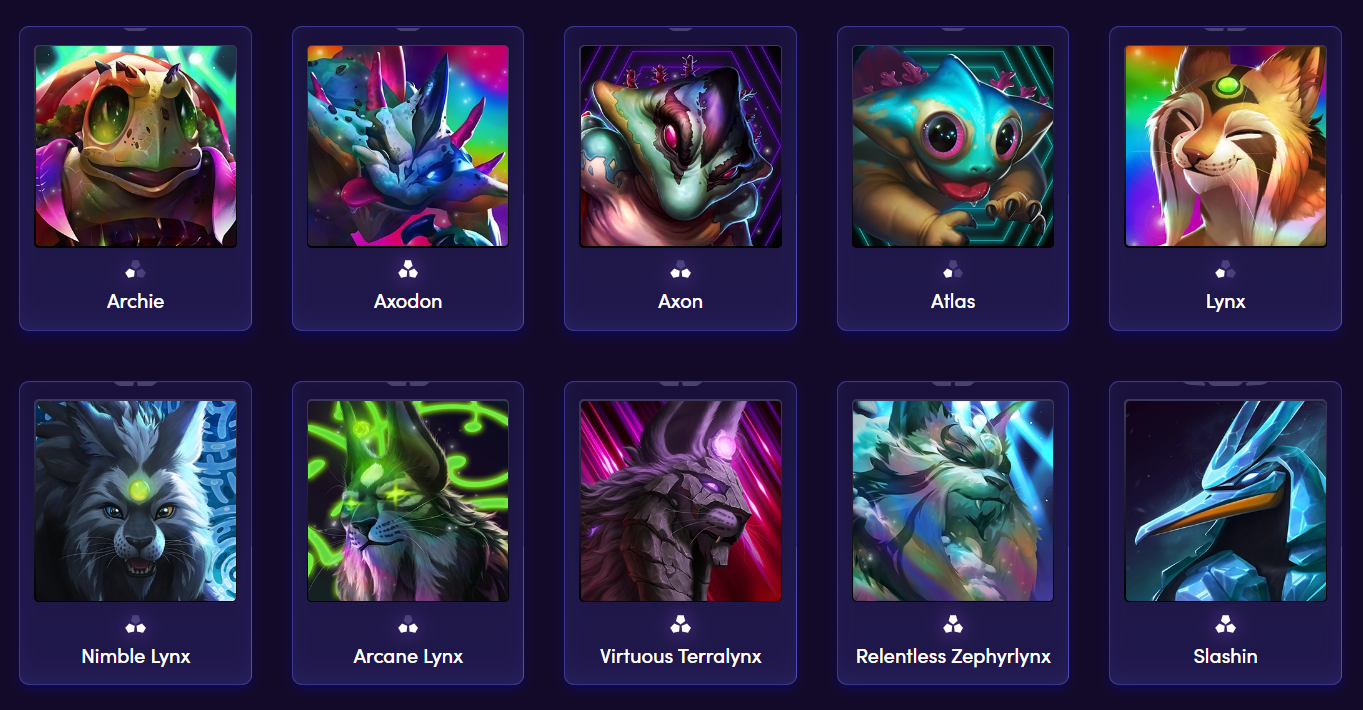 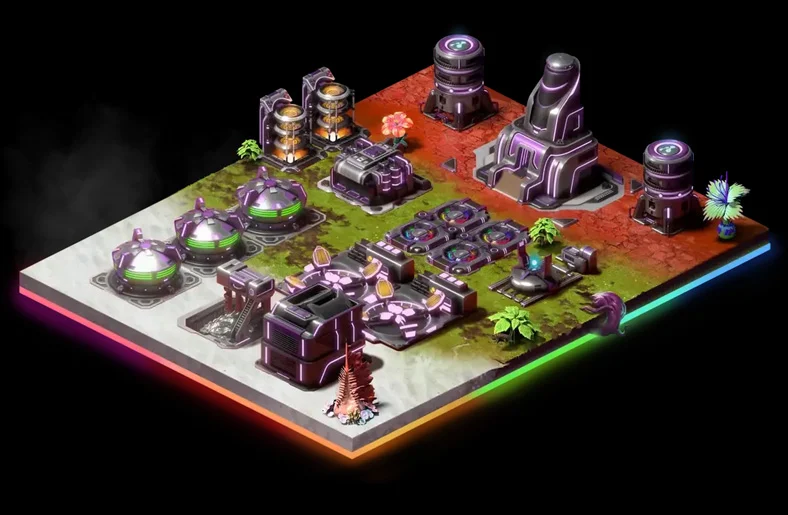 💡Besides its main purpose as a governance token, $ILV does not have in-game utility, so one does not need to own the $ILV token to start playing the game, since the primary currency for in-game purchases will be $ETH. For gamers interested in getting extra money to spend in-game, the $sILV offers a great value to get into $ILV early, stake, and potentially generate more money to spend on NFTs and other in-game activities. For long-term staking $ILV holders, the issuance of $sILV will increase the concentration of revenue distribution, meaning each $ILV is rewarded with a greater share of the revenue. 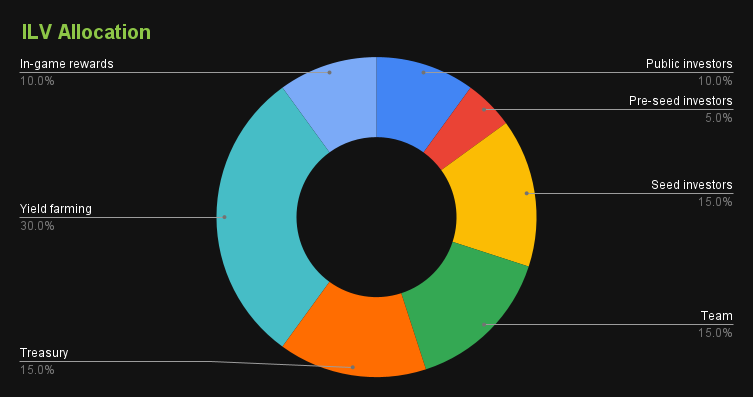 💡The game economy of Illuvium is designed in a unique way compared to so many of the early P2E games in the space. 30% of $ILV is allocated to staking rewards and 10% for in-game rewards and tournaments. Staking rewards also include revenue distribution so simply buying and staking $ILV is one way to earn. While token use cases are limited and the play-to-earn structure unclear, Illuvium may cater more to real players over speculators, which means the gameplay must be compelling. Traders may want to make the most of yield farming instead. 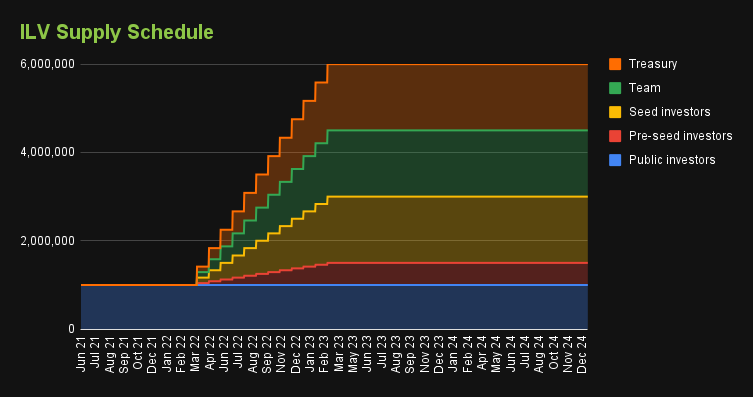 💡Kieran Warwick, CEO of Illuvium, announced that the founding senior management team will lock and vest their tokens for an additional two years. The intent of this is to show the team’s commitment to the game, while also reducing the risk of potential token dumps that will occur in upcoming years.

100% of all revenue is to be distributed to staking $ILV holders. 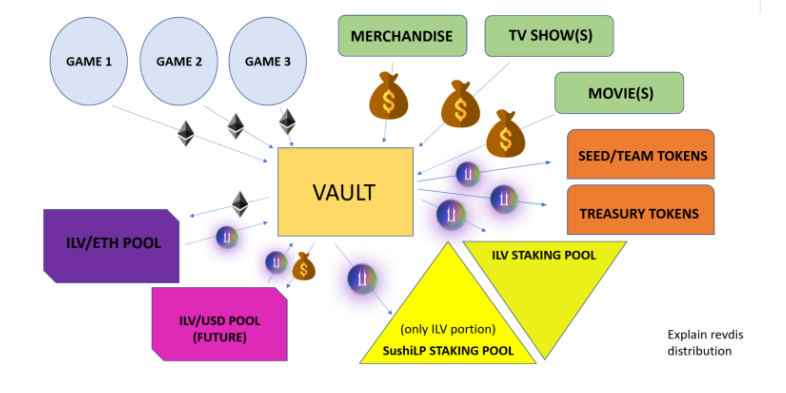 💡Revenue distribution provides a long term potential for value in addition to standard token price appreciation. To conduct revenue distribution, the DAO will automatically purchase $ILV from the Sushi ETH/ILV pool, putting buying pressure on the $ILV token to bolster its price, while distributing those $ILV to staking $ILV holders. This encourages a self-sustaining cycle of recycling $ILV and providing that value to the long-term $ILV holders.

💡The Illuvium DAO reserves 1.5 million tokens designated to the treasury. The purpose of the treasury is to reserve some central revenue generation and storage, as these tokens are eligible for revenue distribution. The primary publicly stated role of these tokens is for player rewards, either through in-game accomplishments, or the flashier tournament prize pools. These tokens have already been issued, but remain under control of the DAO and up to community decision making and proposals.

Illuvium is a growing, multinational organization of over 75 people, dedicated to bringing in the best and most promising professionals.

Social media statistics of Illuvium and other prominent projects 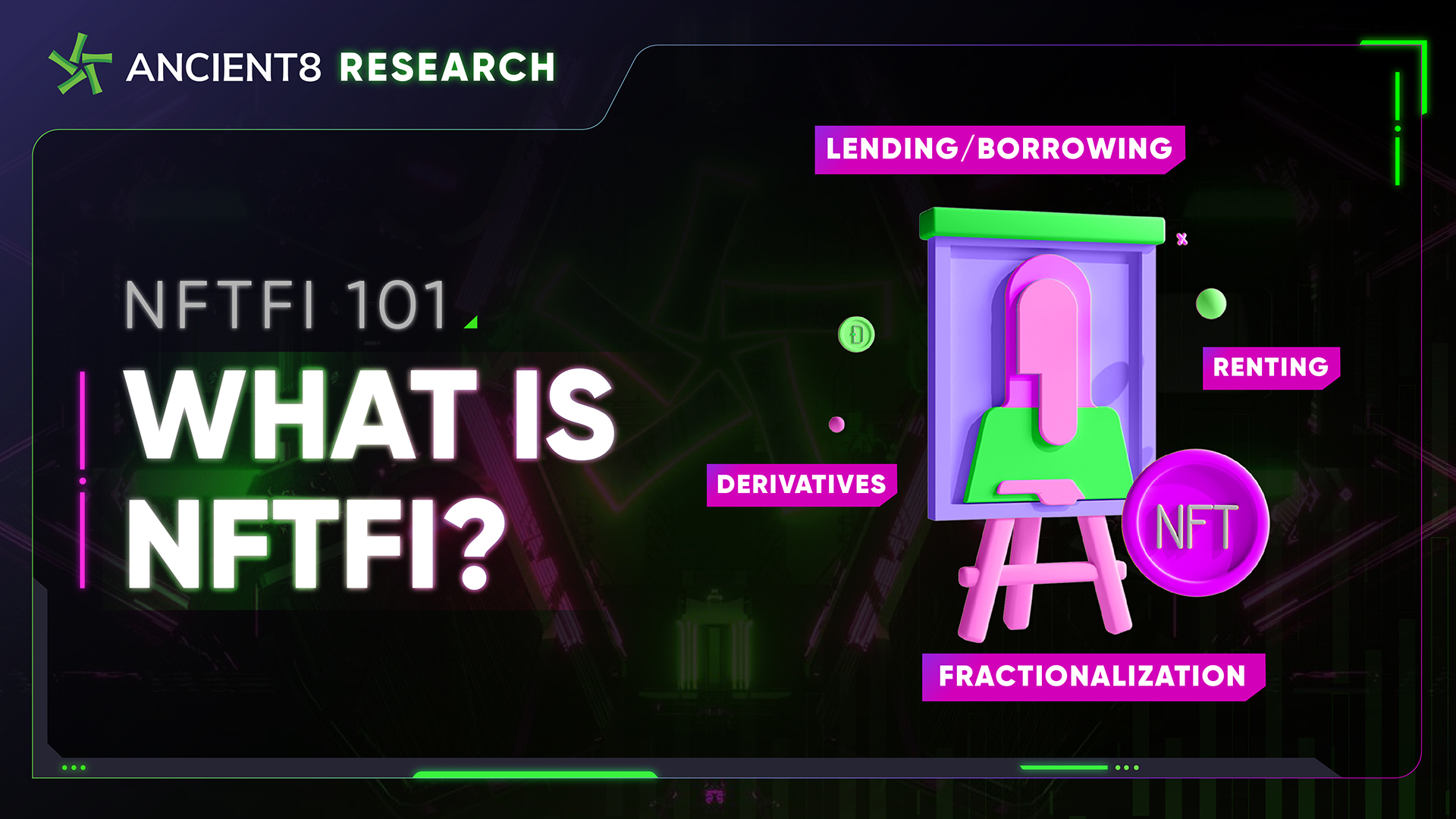 NFTFi 101 - What is NFTFi?
NFTs
NFTFi was born from the idea of combining DeFi and NFTs to attract new investors and increase liquidity for current participants. NFTFi platforms allow owners to earn real yield from their NFTs, instead of letting them sit idle in their crypto wallets. 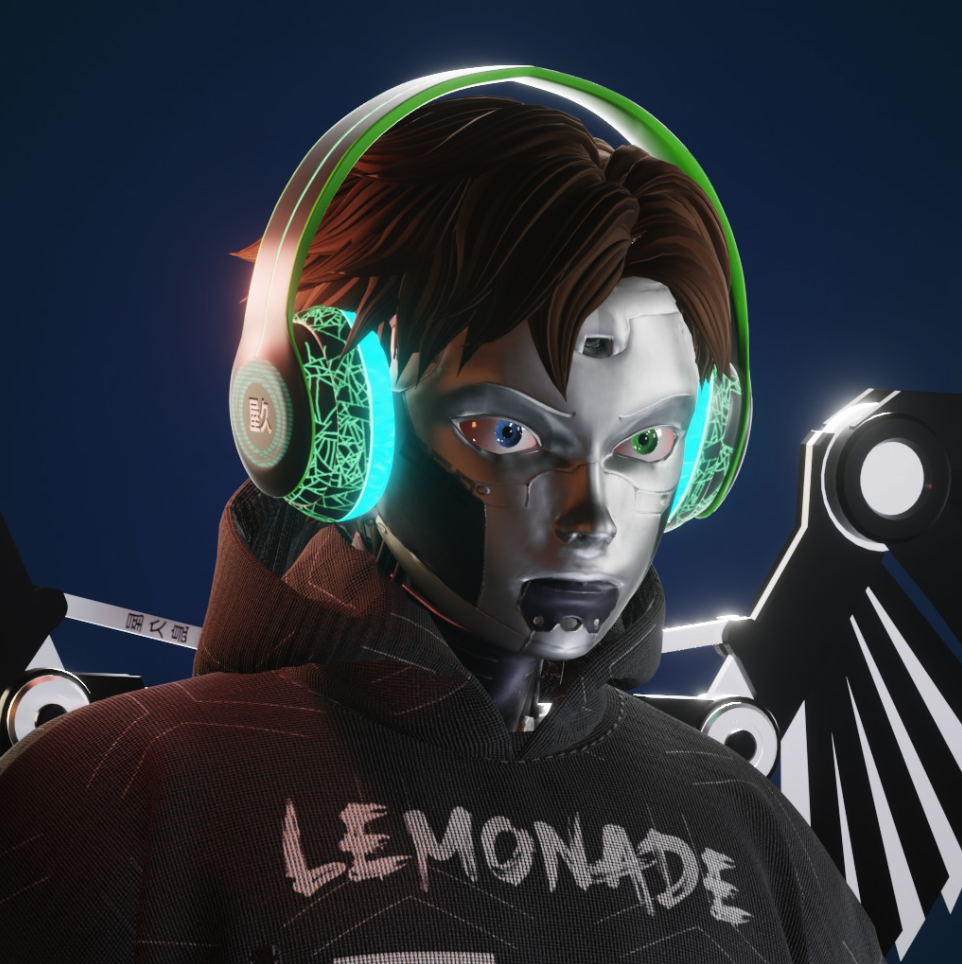 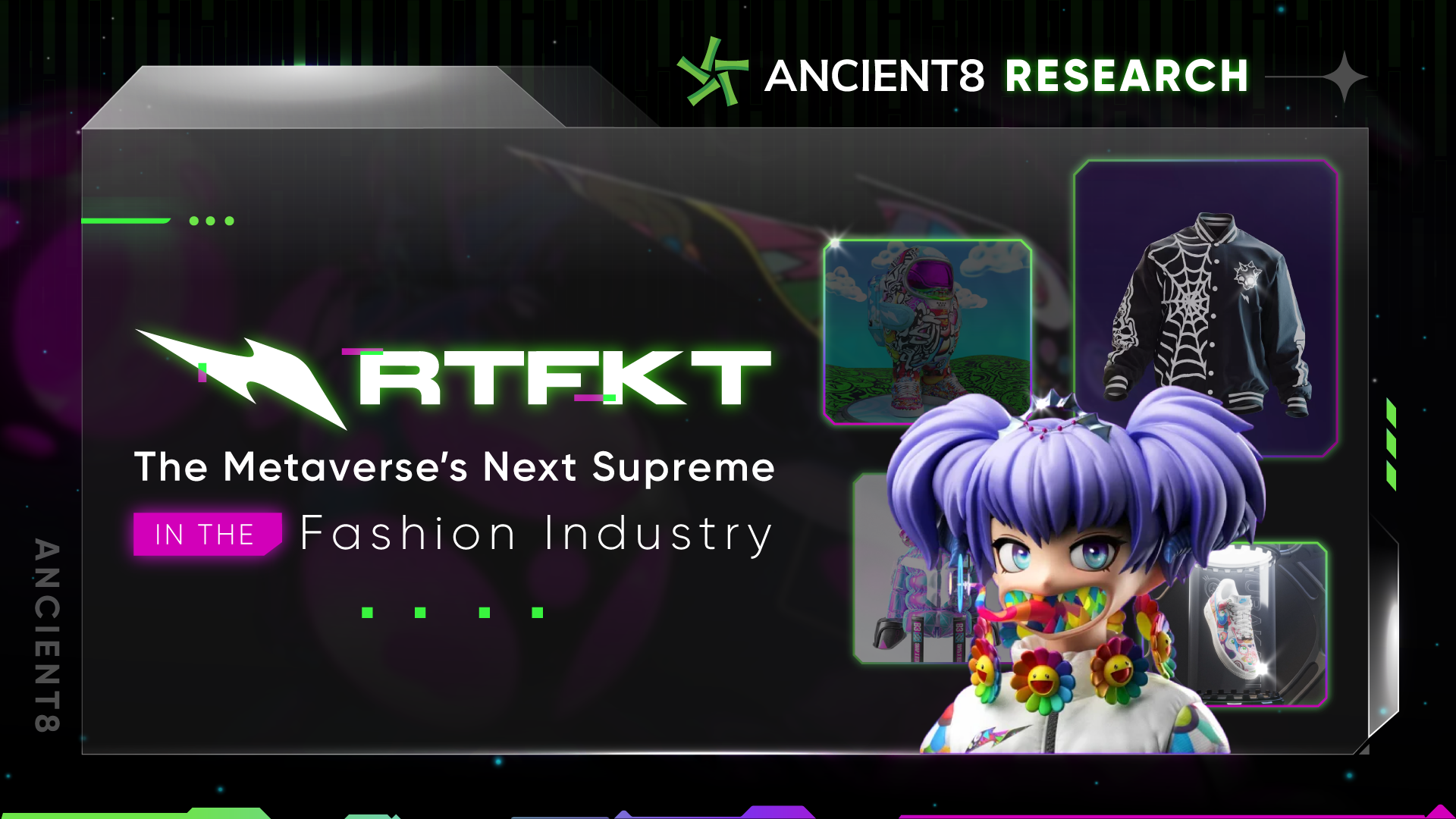 RTFKT: The Metaverse’s Next Supreme in the Fashion Industry
Metaverse NFTs
RTFKT was founded in early 2020 by three veterans, Benoit Pagotto, Steven Valisev and Chris Le, whose experiences intertwined between gaming, fashion and branding. They came together and shared a vision to push the boundaries of fashion to the next level. In less than two years of operation, RTFKT was able to secure a total of $9.5 million in VC funding, including an $8 million seed round from renowned investors such as Andreessen Horowitz, Galaxy Digital, Larry Warsh, and Ledger. 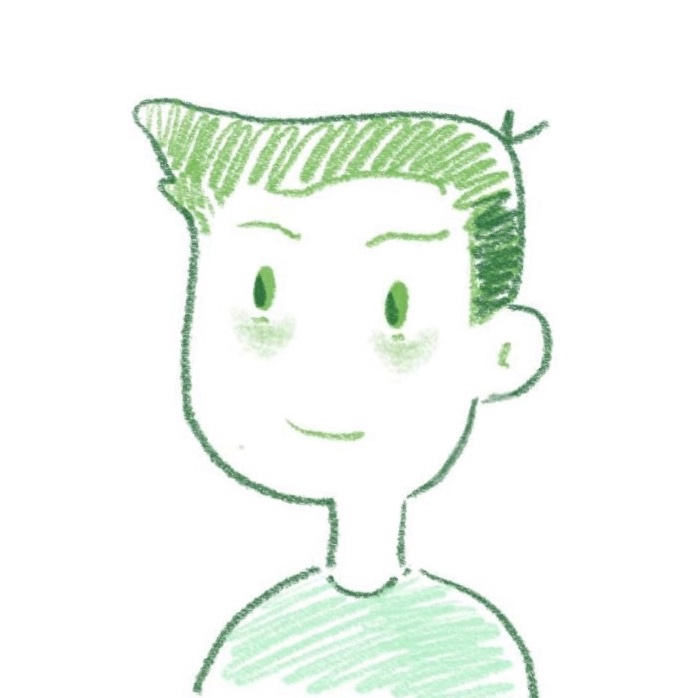 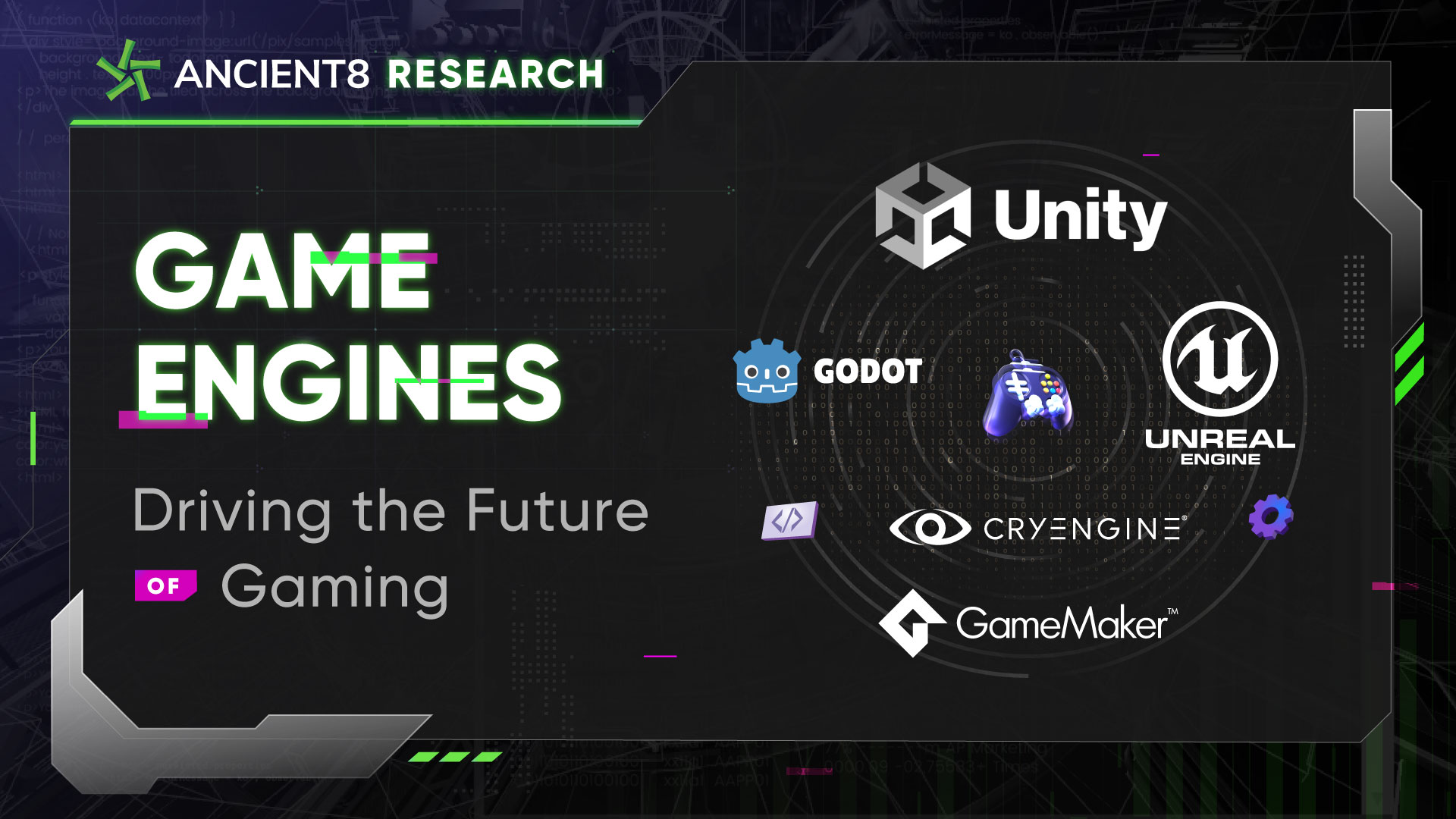 Game Engines: Driving the Future of Gaming
Web3 Gaming Metaverse
Gaming generated $180 billion in revenue in 2020 and is expected to be worth over 200 billion USD by 2023. An underlying factor powering much of this success is the proliferation of reliable, accessible, and full-featured gaming engines. These tools reduce the complexity of game development, and they’ve empowered millions of developers to create visually stunning worlds, tell impactful stories, and immerse players in new universes.